Opponents of the planned mega-incinerator for Wisbech have made their views known to the developer with a placard waving protest outside a venue where a consultation exhibition was being held.

Around 40 campaigners stood outside the Rosmini Centre yesterday (Thursday) morning when MVV Environment Ltd, the firm behind the plans to build a 54 mega-watt burner on land off Algores Way, opened the doors on the first of its exhibitions.

Among them were leading members of the Wisbech Without Incineration (WisWIN) campaign group who were delighted at the turn-out for "early on a Thursday morning".

Campaigners had already made their views on the fact MVV were forging ahead with its planned two weeks' of consultation at various venues around the Wisbech area, despite the on-going pandemic and the government's tightening of rules on the numbers of people allowed to get together.

Virginia Bucknor, leader of WisWIN, had written to the company calling on them to abandon the exhibitions, and later accused them of "bending the rules" by describing their events as "educational".

However, the company said it had sought legal advice before proceeding with the events to make sure they were meeting the current government rules.

Paul Carey, MVV's managing director, said: "Whilst we understand that some people may be reluctant to attend public events at this time, we are confident that we are doing everything in our power to ensure that they are held safely. For those unable to attend in person, all exhibition materials are also available on our website as an interactive exhibition."

Mrs Bucknor said the group were really pleased with the public's response and said their placard protest had prompted passing motorists to hoot in support as less than a dozen people turned up to actually view the exhibition on the first day.

Those wishing to attend one of the remaining events including one tomorrow at the Queen Mary Centre, Somers Road, Wisbech, from 10am to 4pm are being asked to book their place to help maintain social distancing. However, people can take a chance and just turn-up, but may be forced to wait if the exhibition room is busy.

Campaigners are planning to be outside all events including tomorrow's and those planned for the following dates:

This is the company's second "non-statutory" consultation, but Mrs Bucknor, said it is in actual fact only the first as the pandemic halted the earlier round planned for the spring.

The exhibition outlines what MVV is planning with its £300 million scheme, to build, what it is calling the Medworth Energy from Waste Combined Heat and Power Facility.

Opponents fear the facility, which will take up to three years to build, will not only send harmful particulates into the air close to local schools, but will cause major traffic issues with up to 150 heavily loaded trucks bringing in waste to the site every day, as well as being a major blot on the landscape of Wisbech.

To find out more about the project your can visit MVV's online exhibition here . 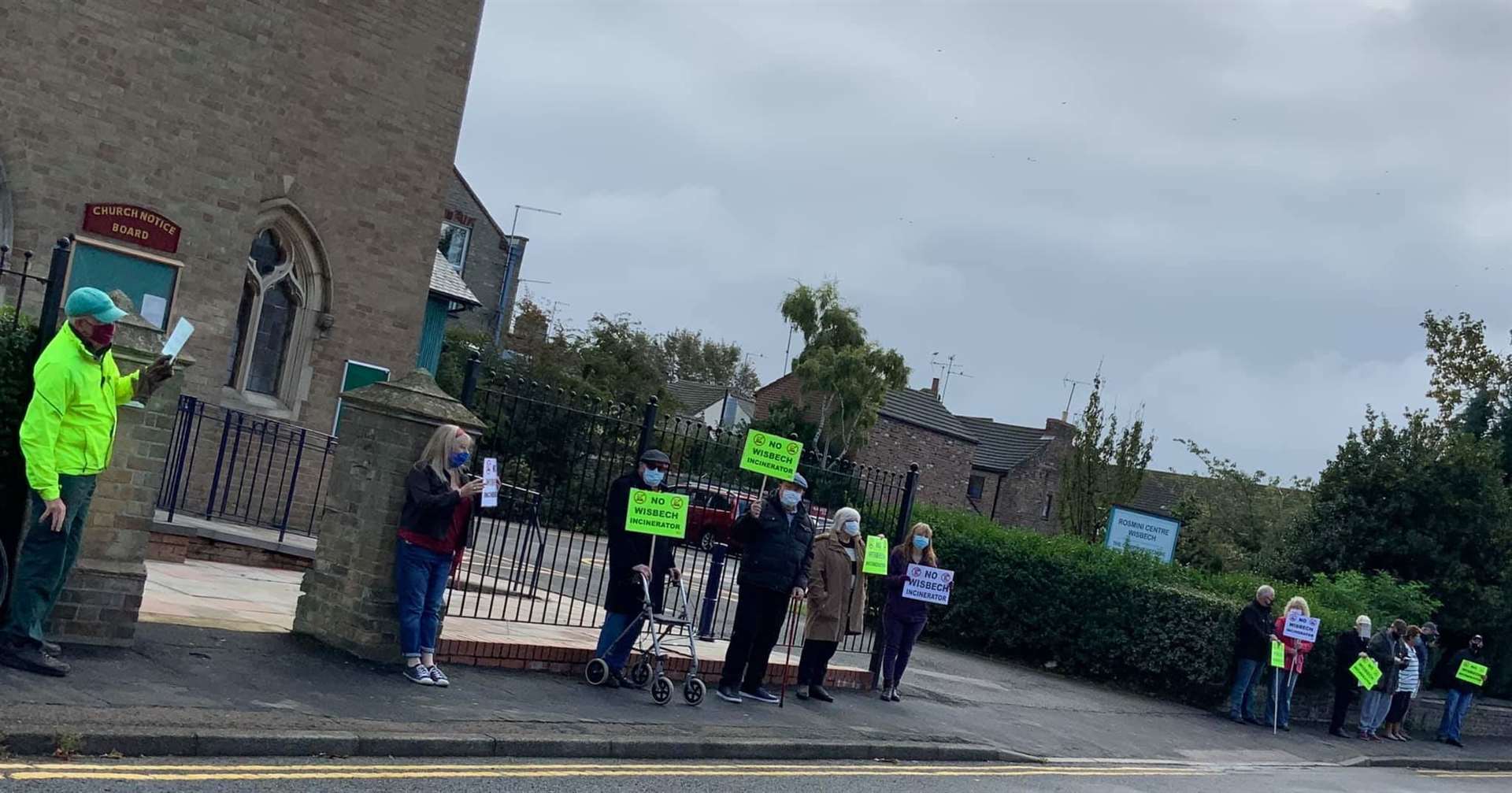