March claimed the local bragging rights with an exciting victory at Wisbech in the Cambridgeshire & Huntingdonshire Premier League Whitings Division 1.

Wisbech won the toss and elected to bat, reaching 226-6 from their 40 overs.

Openers Danny Haynes and Sam Albutt put on 73 for the first wicket before Albutt was dismissed for 36, caught by Samuel Clarke off the bowling of Scott Welcher.

Jonny Garner (23) then came in and put on 68 for the fourth wicket, with Haynes already past the half century mark.

When Anthony Palmer was run out the score was 186-5 and then Haynes and wicket keeper Ross Gardner got to 226, Haynes getting his century just before being dismissed with the last ball, caught by Samuel Clarke off the bowling of Scott Welcher.

In reply, March openers Millard and Ben Chapman put on 39 for the first wicket, before Millard was caught by Ross Gardner off the bowling of George Gowler for nine.

Chapman was firing and Brandon Phillips scored just three of the runs that took the score to 79-2 before he was bowled by Anthony Palmer.

When Chapman went for 55 (caught Gardner, bowled Freear, from 48 balls, with eight fours), the score was 96-3, but two more wickets quickly followed. 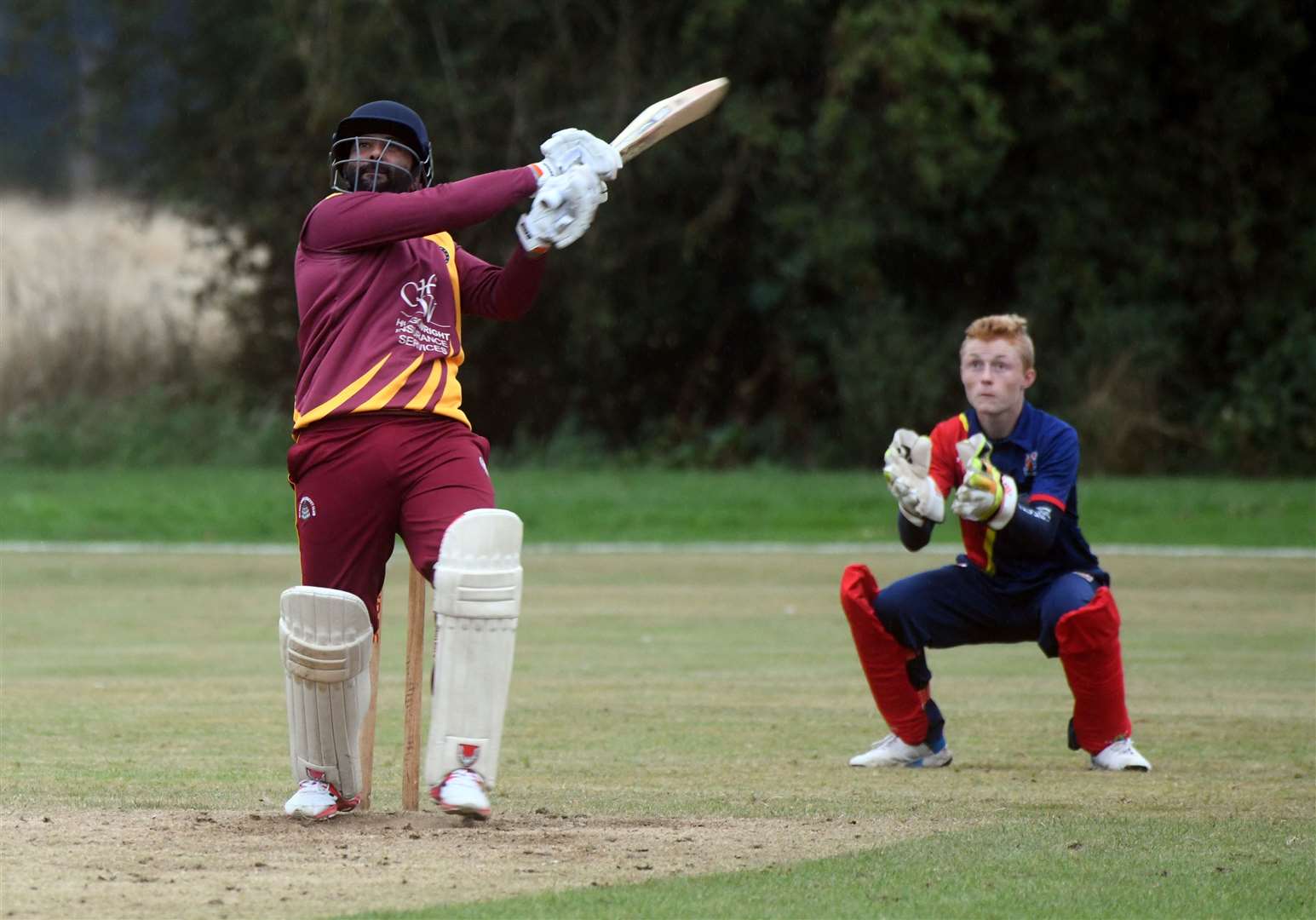 Andrew George was out LBW to Freear and Benjamin Pyle was bowled by Brodie Ellis, making the score 114-5.

But a thunderous 82 off 86 balls by Shardul Brahmbhatt (nine fours, four sixes)steered March towards victory before he was caught by Freear off the bowling of George Gowler with the score at 209-7.

He was supported by Curtis Oldroyd (13), Lewis Welcher (18), and Scott Welcher (12 not out), who saw the victory out with Samuel Clarke with nine balls remaining.

The home side batted first and made 177-6 from 33 overs in a rain-reduced game, Ali Anthony taking 2-23, Dom Stannard 2-37, and a wicket each for Adam Gardner and captain Tom Buck.

In Group A, Chatteris’ game against Ely was cancelled, and in Group K Chatteris 2nd’s game at Histon 3rd was also off.

In Group L, Wisbech 3rd lost by five wickets at Bluntisham 2nd. Wisbech were put into bat and bowled out for just 114 from 39.1 overs, before their opponents registered 115-5 off 25.2 overs.

In the South Lincs and Border League, East 2, Long Sutton lost by 101 runs at home to Baston.

Sutton were in all kinds of trouble and lost a couple of early wickets. Only Connie Gittins looked comfortable, getting 31 runs.

Skipper Ed Munson chipped in with 28, but Sutton fell well short, scoring 131 all out from 35.4 overs.

Long Sutton can take some positives from the juniors who did themselves proud, some with ball, some with the bat.

The Sutton bowlers knew they had to bowl well and they did, with Ed Munson taking three wickets in his spell, bowling alongside Joe Whittaker.

Simpson took another two, but the runs ticked along and, with the light fading, skipper Munson turned to Charlie Crisp, who removed three more batsmen before Whittaker took the final wicket.

Moulton finished 13 runs short in the final over, just before the rain fell.

In the Sunday Rutland League, March Town lost by nine wickets at Kings Keys in Division One.

After electing to bat, March were bowled out for a meagre 92 in 23.5 overs, Ben Chapman scoring 24. In reply, Kings powered to 96-1 off just 9.2 overs, Kian Pooley taking the solitary wicket.

Wisbech’s match at home to Oundle in the same division was abandoned after they had reached 117-2 in 19.1 overs, Josh Bowers making an undefeated 62, Jonny Garner 17 and Gary Freear 13 not out.

In Division 4 East, Wisbech 2nd’s game against Market Deeping 2nd was abandoned after Wisbech had scored 126-7 from 28 overs.

Mark Buttriss scored 28 not out, Martin Woollard 20 and Kevin Van Waterschoot 20 not out.