The Hares won this annual BKD Trophy game against fellow Step 5 outfit PNS on Saturday and gave a healthy-sized crowd a first look at some of their new signings.

This yearly curtain raiser is in memory of popular Hares Under-18 players Ben Whiteway, Karl Munton and Daniel Runacres, who tragically died in a car crash in 2002.

Stef Cavozzi stepped up from the reserves and Kyle Liddy from the A team, with 10 of last season's squad also involved and a couple unavailable.

Originally, March had been scheduled to play Step 7 outfit Over Sports from the Cambridgeshire County League Kershaw Premier but, after their opponents called off, manager Arran Duke decided to stick with his original plan to tinker with formations.

The Hares played their customary 4-3-3 in the first half, but included all six substitutes after the break and switched to a 3-4-3, which meant all four first team central defenders were involved, Max Mattless, Jamie Short and Miller in a back three and Danny Emmington adding bite and creativity to the midfield.

After the game, Mattless, who missed the two Covid-19-curtailed seasons through injury, was confirmed as captain for the 2021/22 campaign, with last season's skipper Emmington as his deputy.

Of the new players, Dalton looked a steady presence between the sticks, Miller looked strong and composed at the back and Rayner tidy in midfield, with the ability to pick out a good pass. The two trialists are certainly worth another look.

March started this game slowly, dominated as the first half wore on and then spent periods of the second half on the back foot, but just about deserved the win against willing opponents. 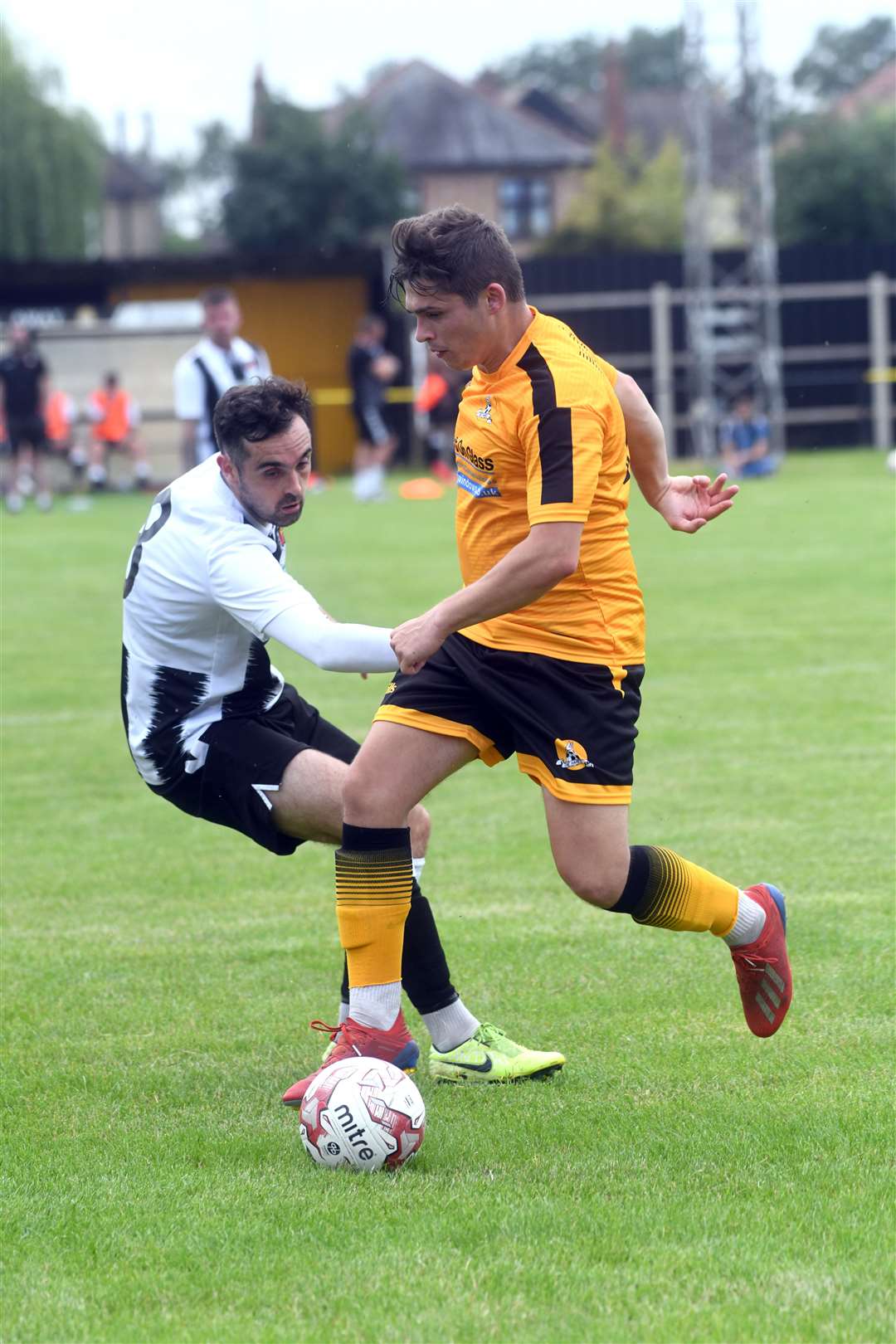 The goals came from a familiar source, Jack Friend netting a double. His first was a penalty in the 36th minute when the hard-working Jack Saunders was bundled off the ball in the box, the second a clinical strike from close range in the 76th minute after a neat through ball from Emmington.

Northern Star had equalised a minute earlier with a strike that hit the inside of both posts before an assistant referee adjudged the ball had crossed the line.

In between, Saunders had a stinging effort saved, Brody Warren and Craig Gillies both rattled the bar from long range, Friend went close on four occasions and Emmington headed a corner narrowly over.

Next up for March is a game against Cambridgeshire County League Premier Division outfit Great Shelford on Saturday, to be played on the Chatteris artificial surface.